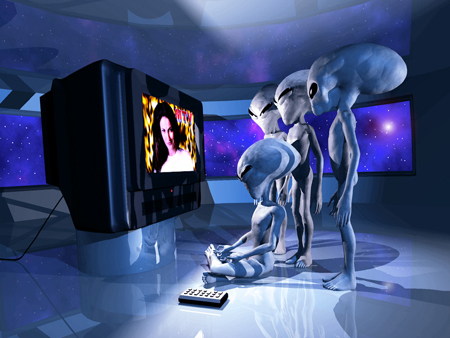 The best aliens and UFOs movies, according ratings by Amazon prime Users.

Steven Spielberg Movie (1982) HD A troubled child summons the courage to help a friendly alien escape Earth and return to his home-world.

Directed by Steven Spielberg and starring Dee Wallace Henry Thomas Peter Coyote Robert MacNaughton and Drew Barrymore A science fiction fairytale about an extra-terrestrial who is left behind on Earth and is found by a young boy who befriends him.

This heart-warming fantasy from Director Steven Spielberg became one of the most commercially successful films of all time.

2 | Invasion Of The Body Snatchers

One by one, the residents of San Francisco are becoming drone-like shadows of their former selves.

Mysterious pods are cloning humans — and destroying the originals!

The unworldly invasion grows stronger with each passing minute, hurling Matthew and Elizabeth into a desperate race to save not only their own lives, but the future of the entire human race.

A civilian oil rig crew is recruited to conduct a search and rescue effort when a nuclear submarine mysteriously sinks.

One diver (Ed Harris) soon finds himself on a spectacular odyssey 25,000 feet below the ocean’s surface where he confronts a mysterious force that has the power to change the world or destroy it.

The stars of a 1970s sci-fi show – now scraping a living through re-runs and sci-fi conventions – are beamed aboard an alien spacecraft.

Believing the cast’s heroic on-screen dramas are historical documents of real-life adventures, the band of aliens turn to the ailing celebrities for help in their quest to overcome the oppressive regime in their solar system.

Story is said to be some kids captured a horrific train crash on there super 8 film camera but they also captured another mysterious object coming out of the wreck.

One of the definitive sci-fi films of all time, and a film that truly captures the zeitgeist of the post-hippie, pre-punk era.

Bowie plays an alien who comes to Earth after his home world is destroyed and makes a new life on the blue planet.

A firefighting cadet, two college professors, and a geeky-but-sexy government scientist work against an alien organism that has been rapidly evolving ever since its arrival on Earth inside a meteor.

In a flooded future London, Detective Harley Stone hunts a serial killer who murdered his partner, and has haunted him ever since. He soon discovers what he is hunting might not be human.

When an award winning photographer finds proof of alien existence in an old camera’s undeveloped film, he seeks help from the Air Force, newspaper, a UFO freak, and a tabloid.

After the story gets published, his life is turned upside down.

10 | Invasion Of The Bee Girls

In the small town of Peckham, California, many men die from excessive effort during sexual intercourse.

When a scientist from The Brandt Research Laboratory is found dead in a motel, the government sends Agent Neil Agar to investigate the mysterious deaths.

He suspects the deaths may be related to some experiments of Dr Susan Harris, who is researching bees in the Brandt facility.